5 Ways to Fight Procrastination as a Student

Here are top 5 tips to fight procrastination as a student. This tips is exclusive for most African scholars especially those in the College.

I have discovered that most African students struggles more with procrastination than making money.

But the truth remains that;

We all procrastinate, maybe at one point or the other.

Often times, we put off doing things we know would improve our life and/or academics and just hope we did them.

Are you sure you are ready for University Education?

To keep you ahead, Here is a complete guild on how to navigate Higher Education and get the most out of it.

Am a victim of this habit, but then a conscious effort towards curbing it has helped reduce my rate of procrastinating and that is what have come to share on this post.

How to Fight Procrastination and be really Productive

Here is the gist, procrastination will not only take you farther from your goals; it will, in fact, often prevent you from reaching your goals in the first place.

Humans are naturally logical and as such follow definite patterns in doing everything. So our procrastination problem is more of a pattern we have built into our system.

Here is how we can go about it according to an article published on www.goalsontrack.com

The cue is the thing that causes a habit to happen. You could also call it the stimulus.

For example, let’s say that you’re sitting at your desk, and you’re thinking about doing that “thing” that would help you grow your business. You might be thinking, “You know, I really should write that article … or call that prospect … or craft that sales pitch … or finish that training video …”

READ  After school, What next? - The way forward.

So there you are, thinking about doing that action that would actually help you make more money or grow your business.

This is the thing you do after the cue occurs.

In this example, you are thinking about doing that activity that will help you make more money. But instead of jumping into doing those activities, you find yourself repeating certain patterns e.g Watching more videos on YouTube on how to perform that task, checking Instagram, turning on Netflix, going to the kitchen to grab a snack, checking Instagram again … the distractions and so on.

You are caught up in your regular routine again. That is why you find people over thinking (wants to be perfect) and still don’t make any progress at all. The thinking and thinking again and again in itself forms the one habit that aids procrastination.

when you start doing this (e.g., form a habit), your brain tends to want to keep doing it, even if you — the owner of said brain — want to do something different.

The third element of the habit loop is called the reward. After you do the routine, MIT neuroscientists found that the brain releases “happy hormones” including endorphin that trigger a positive feeling in the body, similar to that of morphine. It’s like your brain says, “Ahh! Thanks, I needed that.”

Think about that for a moment. When you are doing something you enjoy — something you are used to, also called a habit — your brain actually feels better. And that is the very problem!  Because most of these habits limits you from taking the right actions.

And, guess what? Your brain doesn’t care! Because your brain produces a reward and doesn’t want to start doing things that might make it uncomfortable (and therefore might cause pain).

However, now that you have seen how we unconsciously build up the habits of procrastination. Let’s now delve into the way out of this sweet habit.

Based on the above, we can observe that we actually learnt this procrastination habit and as such can unlearn them. One way to do these is through will power ( a conscious determination to stop and take charge).

The truth now is that very little have that strong will power and as such find it really difficult to overcome their procrastination habits. If will power didn’t work for you, here are some simple step to fight procrastination once and for all.

What exactly do you do after the cue happens? For example, when we feel fear, we tend to run away from the thing that’s causing us to feel that emotion. So, if you’re afraid of calling that prospect, an easy thing to do is surf the internet, so you don’t have to confront that fear.

For instance, procrastination may cause you to feel safe, so you don’t have to face your fear of what might happen if you actually did that thing you’re thinking of doing. What’s the reward you get from doing this habit?

Every habit produces a corresponding belief — for example, a chronic procrastinator might believe, “I work better under pressure.” What beliefs are you holding onto that are stopping you from letting go of this habit?

Rather than mindlessly surfing the internet, what if you actually called that prospect or finished that report? What would happen if you actually did the thing that scares you?

Others Read: Practice not Perfection, the best way to live

Of course, when you do this, you’re going to have to face your fears and challenge your beliefs. And that’s decidedly uncomfortable — which is why most people won’t do it.

To get out of your habit of procrastination always understand that “Everything you’ve ever wanted is on the other side of fear.”

I trust this tips to fight procrastination works for you. Comment below the tip that make the most sense to you. 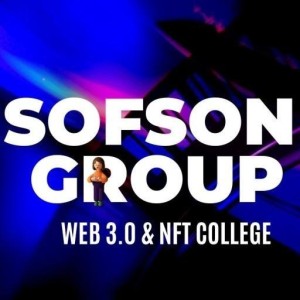 Insights for Scholars (IFS 01) – What is your Product?